Market Factors That Determine The Price Of Ethereum 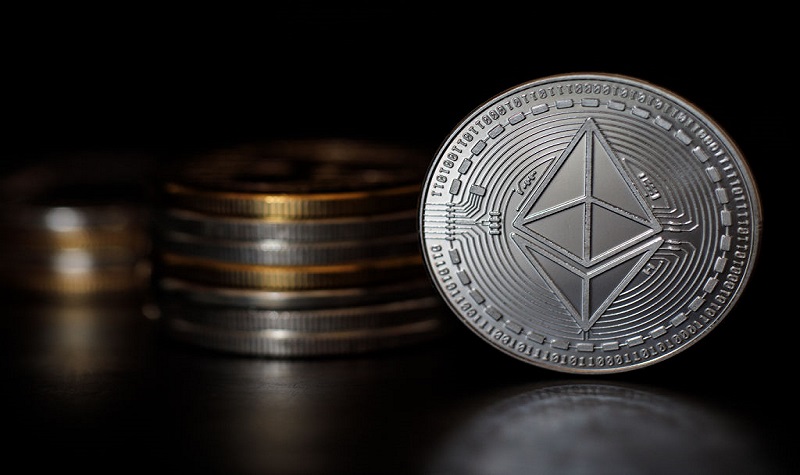 In Crypto societies, there is always chatter about ‘flipping.’ It is a theoretical question in which Ethereum’s market capitalization surpasses that of the largest cryptocurrency, Bitcoin. However, Goldman Sachs suggests ‘flippening,’ is not actually rhetoric. The investment player highlighted Ethereum as the virtual asset that may finally come out as a winner in a statement to its customers in 2021. According to the investment bank, Ethereum offers various benefits over Bitcoin, including security and speed. But the question is, what are the factors that determine the price of Ethereum? Let us find that out in this article.

Market Factors That Determine The Price Of Ethereum

Vitalik Buterin built and presented Ethereum before the public in 2013, and it became active in 2015. Programmers were seeking a method to distinguish themselves from Bitcoin by creating a blockchain and associated digital money that could stand alone and concentrate on solving the flaws in Bitcoin. They devised an innovative strategy, including a fresh system and widely used script language. Users may use their software to operate programs, making the blockchain of Ethereum process applications more quickly. Programmers may use Ethereum to create a new sort of software known as Dapp. This system of programming is not managed by a single person or centralized system.

Ethereum is regarded as far more than a cryptocurrency. Its worth is based on the sophisticated Solidity, a programming language for blockchains. Its purpose is to differentiate itself from other cryptocurrencies. Developers’ need for “Ether” is increasing as the application is growing. Ethereum’s price has skyrocketed, breaking previous records. Bitcoin has been increasing, which increases investor interest in other virtual assets where profits may be made. Because Bitcoin and Ethereum are not competitors, when one climbs, the other may profit. Random occurrences can cause the price of Ether to soar or decrease. The market already comes across several factors.

Ethereum slipped last year. When that occurred, the wider populace and speculators had similar doubts about how the comeback may have occurred so swiftly. Any significant gain in price might ultimately lead to dynamic pricing. The pace of the market at large might slow at any time. A more recently launched asset was recognized as Ethereum’s most likely challenger. Thirty major banks, technology companies, and other organizations are collaborating to develop business-ready implementations of the platform of Ethereum. Its capacity to execute and record transfers without the use of an intermediary is increasing the popularity of blockchains among enterprises.

In 2020 when the epidemic effectively froze global activities, virtual assets were forever expected to witness inflows from investors looking for profits on alternative assets. The engagement of crypto trading has always been on Bitcoin. During that year, the largest cryptocurrency also had a favorable key event which is known as Bitcoin halving. The event reduced miners’ incentives, reducing the quantity of Bitcoin. In the crypto market, Bitcoin was the cue supplier, and Ethereum was the one following the suit. The release of Ethereum 2.0, an update over the Ethereum ecosystem that would improve its quickness, flexibility, and scalability, piqued the interest of investors.

The Future Of Ethereum

Ethereum is just next to Bitcoin in terms of market capitalization, and Ethereum is the most adaptable virtual asset with enormous growth potential. The Ethereum ecosystem offers several use cases than Bitcoin, allowing it to perform more. Ethereum has changed significantly over the past few years and has demonstrated its durability in this extremely turbulent environment. For example, following the huge bullish trend in 2017, the price of Ethereum dropped by more than 90% from its record high. Nonetheless, it recovered well from its lows. You should look for this cryptocurrency. Check out the latest price predictions for it.

Ethereum is indeed in the process of transitioning from the PoW algorithm to the PoS algorithm. So everybody who desires to mint or manage a node will require 32 Ethereum, effectively purchasing all the tokens that are available. This is also the reason why we are observing that the price of Ethereum is rising. As a result, the near future is characterized by genuine rising pressure. However, you should not invest all your money in Ethereum. Bring diversity to your portfolio. You can also include stable coins that are backed by fiat and other valuable items.

So, these are the factors that determine the price of Ethereum. Market trends and updates really affect the price. More and more people are adopting cryptocurrencies. Even third-party payment platforms are making it easy for people to buy Bitcoin. You can buy Bitcoin with Amazon Pay, Google Pay, and other available apps. These third-party platforms have tied up with crypto exchanges to make the payment process easy. You just have to download them and get started. Cryptocurrencies define the future of investments. You can become a part of it. Do not fall prey to scams because they are common here.