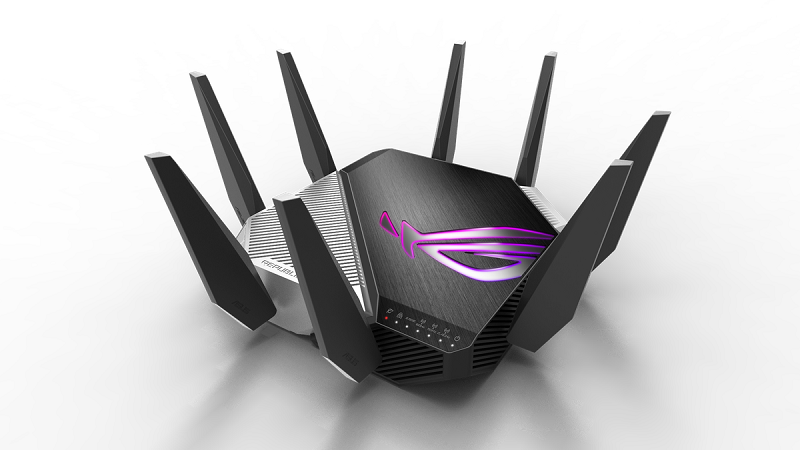 The answer to your question is that you are looking for the best gaming router, then it should be like why do you need a router that is best?

Here is the answer:

It is common for people to use the routers provided by their ISPs. Some of those devices aren’t compatible with the latest networking technologies, such as tri-band mesh or more powerful processors, and they can barely keep up with everyday activities such as streaming video.

A person who wants to improve their online gaming experience should probably start by replacing the equipment (even laptop along with router) provided by their ISP with a gaming router.

However, deciding which router to purchase can be difficult. Especially taking the following questions into consideration.

What version of Wi-Fi does it need to support?

What is the latest Wi-Fi version?

In terms of Ethernet ports, wireless bands, or antennas, how important is this?

When answering all these questions can be so overwhelming, it’s no wonder that so many people use whatever router their ISP provides.

The Netgear Nighthawk Pro Gaming XR1000 offers a number of features like Wi-Fi 6 support, Quality of Service (QoS) controls, as well as a mobile app that should make it appealing to PC, console, and mobile gamers alike.

Though this router isn’t as powerful as some other devices on the market, it’s a versatile device that can improve your network’s performance at an affordable price.

The Nighthawk Pro Gaming XR1000 comes with DumaOS 3.0, which provides many of the features.

The QoS controls let you prioritize the performance of specific devices on the network, which means you could, for instance, limit the bandwidth someone else uses to stream Netflix while still keeping your gaming PC’s connection as good as possible.

There are a few shortcomings to the Netgear Nighthawk Pro Gaming XR1000, such as the inclusion of only four Gigabit Ethernet LAN ports and one USB 3.0 port. Although the number of wired connections is limited, this should be fine for predominantly wireless setups.

With its 1.4GHz Dual-Core processor, NitroQAM technology, and 8 Gigabit LAN ports, this system offers expansive connectivity, can deliver lightning-fast speeds up to 3167 Mbps, and maintains outstanding performance. It is actually capable of breaking the 1 GB/sec limit, but only with additional hardware (like the Asus PCE-AC88).

One of the best-looking, ultra-fast and Dual Band (5GHz and 2.4GHz) wireless routers is the Asus RT-AC88U. We recommend it for gaming, extensive file sharing, and playing 4K videos.

Additionally, it includes a Gamers Private Network that routes gaming data packets in the most efficient way possible.

Despite the fact that gaming routers may not be the best pick for child-friendly internet browsing, the ASUS AX6000 router is designed for dense and demanding environments.

Furthermore, this router is capable of achieving astonishing speeds. AX6000 comes with 802.11ax, the next-generation Wi-Fi standard. In addition, it’s backward compatible with older standards, including 802.11ac/n/g/b/a, so you don’t have to worry about incompatibilities.

Your children can use the ports without struggling to get a smooth connection, even though it’s design for LAN parties. Children can take advantage of WTFast and Adaptive QoS features when they want to play games.

With the former, game packets are prioritize and the signal is smoothed out. However, WTFast will find the shortest signal path between your device and the game server. With this feature, pings and lags are reduce for an improved online experience.

The AX6000 is equipped with AI Protection Pro, a security suite from Trend Micro. It’s regularly updating and provides protection against online threats. The AI Protection Pro package isn’t the most flexible out there, however. You can still block harmful content, P2P connections, messaging apps, and more, but no personalized profiles are available.

It is also possible to set schedules and time limits for specific devices. This way, your children can easily protect online. Because the AX6000 is a mesh Wi-Fi system, it connects to other ASUS routers and provides strong signals throughout your home.

The ASUS AX600 is a powerful router that can cover a large house while still protecting children. There are also enough parental controls include, although they lack a little flexibility.

Using this portable 4G LTE router, you will be able to share the Wi-Fi with your friends easily. All you need to do is insert the SIM card, and then you will be able to share them with your friends. In hotels and other public places, you can securely share your Wi-Fi network with family and friends. You can also use it for outdoor camera projects.

Remember, it’s not only the Wireless router gaming router that can boost your wins and performance in online games, like Fortnite, PUBG, Minecraft, or DOTA 2. It is the gaming laptop you need to buy with compatible gaming specs.

Along with the best but budget gaming laptop, you must have a high-speed internet connection as well as stable bandwidth.