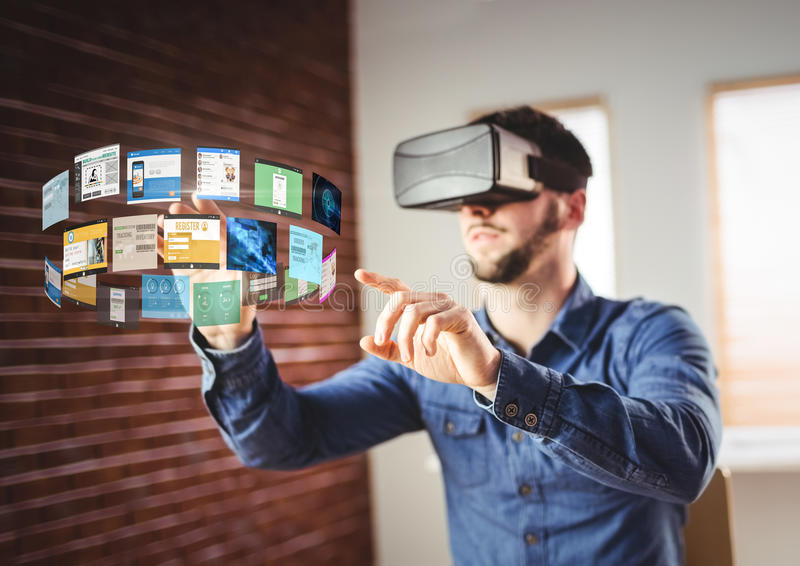 What is the best VR headset? Virtual reality is always a tricky subject to grasp, and new technical developments can turn things around very quickly. Between “classic” virtual reality headsets, standalone models, those intended for smartphones, and mixed reality products, it is sometimes difficult to find one’s way… and to choose.

In reality, as with any computer device, it is then crucial to identify your needs and the use you wish to make of your headset. Only then is it possible to choose between a wired or standalone model and, finally, all the criteria can be reviewed in order to arrive at the virtual reality headset that will suit you.

To help you in this task and to allow you to see a little more clearly, here is our selection of the best products of the moment.

With no cables, easy to configure, very powerful, and sufficiently autonomous, the Oculus Quest is probably the most convincing virtual reality headset we have ever tried. Available from $ 349, and usable without a computer or console, it requires however a Facebook account to be functional.

As a pioneer in virtual reality, Oculus has tried several approaches with its lines of best VR headsets. The Quest was designed as a stand-alone solution, while the Rift connects to a PC. However, the Quest 2 marks a significant evolution by bringing together the best of both worlds… without the price being (too) high.

With the best image definition for a VR headset using hp reverb g2 prescription lenses widely marketed in Europe, the HP Reverb G2 has many refinements to discover virtual reality in excellent conditions. Beware, however, of the necessary configuration: small PCs should avoid.

Initially conceived as a mixed reality headset supported by Microsoft, the Reverb was a high-performance product for which HP had focused on image definition. The manufacturer is back with a “G2” version that has been freed from the youthful errors of the previous model: graphic excellence at the service of VR?

A small marvel of technology, the Valve Index is neither more nor less than the best virtual reality headset for the most demanding gamers. It confirms its status with a higher price than the competition and a wider field of vision so much more comfortable/immersive.

After its partnership with HTC, Valve decided to “fly with its own wings” and offer the ultimate in virtual reality. At more than $1,000, the Valve Index is clearly not a product that can aim at the average person. But what image quality, what comfort, and what immersion.

A very innovative product when it was released, the HTC Vive Cosmos has the huge advantage of no longer needing bases thanks to small cameras placed all around the helmet. The image definition is now behind the tenors of the sector. But the whole remains very pleasant, very comfortable and the Cosmos is still an interesting product.

A few months after the release of the Vive Pro, HTC returns to the charge with the Cosmos range. The idea is to capitalize on the strengths of the previous model while taking it to another dimension: thanks to the integration of multiple cameras throughout the headset. We can do without these bases almost anywhere in the room.

With Sony’s catalog and exclusives, the PlayStation VR has become an obvious choice for virtual reality over the years. But its age means that some components are starting to date and could use an upgrade – especially the PlayStation Move, by the way.

Despite the weight of a few years, the PlayStation VR remains one of the must-have virtual reality devices. Sony is probably waiting for the next, more powerful PlayStation 5 to come out with a new body-built version. But even today and even in the face of competition, the Japanese manufacturer’s headset is still up to the task.

The Gear VR brings an interesting alternative to the world of virtual reality with its resolutely “general public” approach. It focuses on 360° video viewing and a little bit of video gaming. But does so in an interesting way without (too) ruining users.

The Gear VR is a good way to get into virtual reality if you already own a Samsung phone. With the high-end models of the Korean brand, equipped with better screens. It offers a nice image quality for a convincing entry.